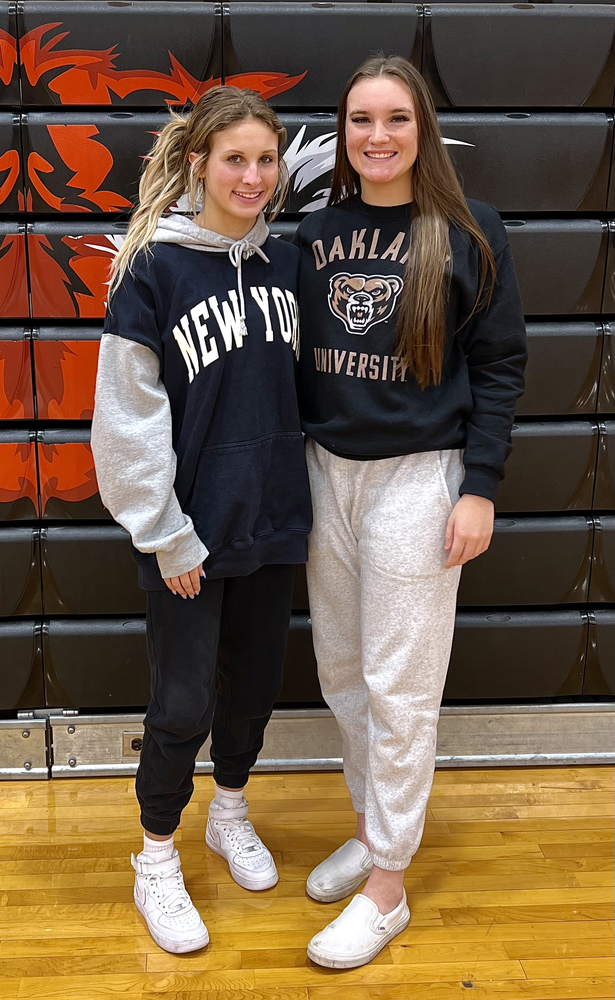 Seniors Kenzy Beckett and Gentry Brown competed in two completely different sports this fall for the Tigers. However, the dominance both exhibited in both was eerily similar.  Because of that, both have earned some very impressive postseason accolades.

Gentry, who recently committed to Oakland University to play volleyball, was recently named First team all Eastern District, as well as the District 12 Player of the Year. She also competed in the District all Star game.  For her efforts this season, Gentry was selected to play in the Ohio State All Star game this upcoming Sunday at Wooster.

"It's been really fun getting to play with some of the best players around this area," Gentry said.

Gentry's day is far from over though once she completes the state game this Sunday.  She'll race home so that she can compete in the OVAC All Star game as well.

But, in true to form, "G" ,as she's known, welcomes the challenge. "It's going to be interesting to how it plays out, but I can't wait to see the talent at these games."

Not to be outdone, Kenzy Beckett put together a herculean effort this season in Cross Country.  Kenzy put together one of the better XC Seasons in recent history, placing near the top or in first at the majority of races.  All that culminated at Fortress Obetz at the state meet where Kenzy finished 29th earning All-Ohio status.

"I'm very proud of my accomplishments this season," she said.

Kenzy was also recently named Captain of the All Valley Cross Country team.  Something that she  felt "honored" to have achieved.

Neither Gentry or Kenzy are finished yet.  Both have moved into the winter sports season seamlessly.  Kenzy has been a cheerleader her entire high school career and will also compete in track this spring.  While Gentry will lace her shoes back up for the LT basketball team before wrapping up her time here at Shadyside on the softball team.