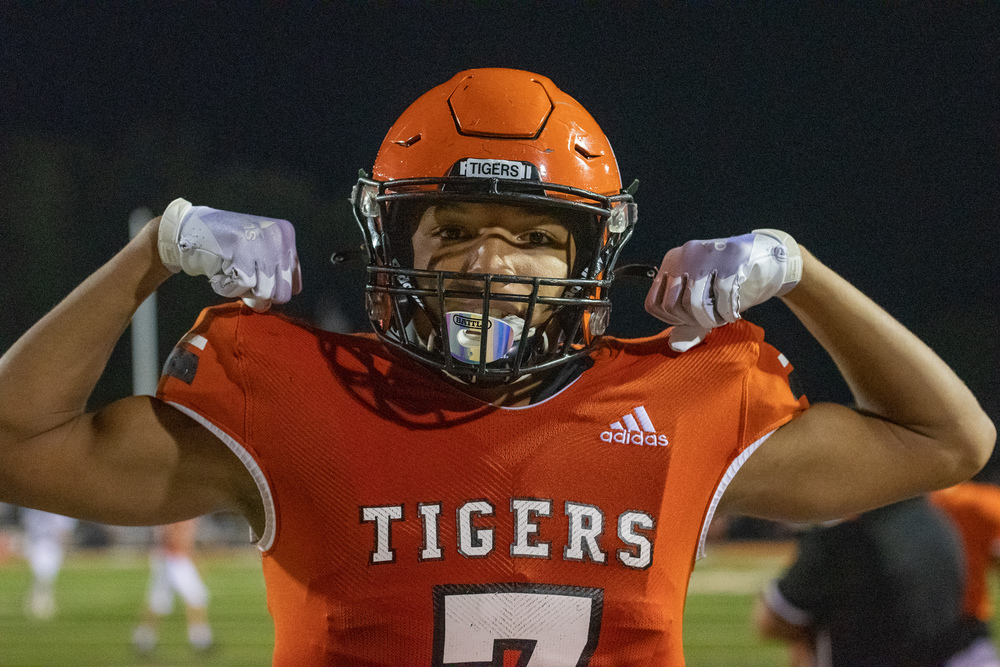 Tigers Get Back on Track Against Bridgeport

Last Friday night the Tigers demolished the Bridgeport Bulldogs 51-6. It was a great night by the Tigers, especially on offense. The Tigers started out hot and never really cooled off. Ben Wach threw a 26 yard bomb for a touchdown to Mason VanNest on the first drive of the game. After a spectacular pick by VanNest, Reiman would run for an easy 31 yard touchdown on the very next play. Reiman finished the game with four touchdowns and 184 yards rushing.  He also reached 1,000 rushing yards on the season. Wach finished the game 6-7 with 74 yards, two touchdowns and an interception.  Elijah Brock also scored one of the many Tiger touchdowns and he finished the game with two receptions for 19 yards.  With the absolute offensive dominance, the Tigers backups saw a lot of time in the second half. Mark waggoner would rush for an amazing 11 yard rushing touchdown looking like Dalvin Cook..

Early in the second quarter, Reiman fielded a punt, returned it about five yards and then pitched it back to VanNest, who tapped into his inner Devin Hester, and took it to the house.  The play was featured on, and won, WTOV9 Plumbers and Pipefitters play of the week.

On the defensive side of the ball, the TIgers allowed just 83 yards of total offense and forced three turnovers. Two of those being interceptions, one by Ben Wach and the other by Mason VanNest. Grant Miller and William Robinson led the team with three solo tackles. Mark Waggoner and Colton Gorby lead the team in assisted tackles, each with three. Elijah Brock and Ryan Florence lead the team in tackles for a loss with two each. Ethan Stanley and Ryan Florence both had a sack.

The Tigers look to carry their momentum into their final regular season game this week against the Monroe Central Seminoles. Kickoff is set for 7:00 p.m.